These boards are full custom made.

Target production time for custom boards is 5 to 6 weeks.

After confirmation of order we will inform you about the actual production time.

Use the configurator link above and get your quote!!

The Klokhouse Noseless features all the advantages of the Klokhouse surf/kiteboard but in a smaller package.

By removing the nose of the board, it becomes slightly easier to throw around as there is less swing weight. Second traveling becomes easier as the boards will fit most kite bags. The overall performance of the board is almost identical to the normal Klokhouse

It’s like kitesurfing on your everyday surfboard. The same flex, weight and feel that everyone loves when surfing, now available in a board that can cope with the board abuse that kitesurfing brings.

This is the ultimate crossover kiteboard. The one board quiver for everyone who kites as well as surfs. Surf in the morning when the wind is weak or offshore, Kite in the afternoon sea breeze. Total weight saver when traveling, bring just one board. Based on a traditional high performance shortboard with a little added with in the middle, to make it friendly for average surfers. It has a fair bit of rocker in the nose which is flattened out in the tail, this makes the board plane earlier and helps upwind performance.

Medium to thin rails make it grip the water and give you control at high speeds which are tipical when kitesurfing. The squash tail is really thin for optimal feel with the water. The Kite/surf crossover version of this board comes with our Hexfusion tech as standard. The surf version of the Klokhouse has the normal deck construction, we don’t advise kitesurfing on the normal construction as the deck will dent under the continuous heel pressure.

Our standard hex-skin construction, consists of the 50K foam core, the core is wrapped in a first layer of structural fibreglass, in a 45 degree orientation. This to keep the board as flexible as possible while making a very strong base. The deck is now layered with a honeycomb layer for more impact resistance. The bottom is left without honeycomb, again to maintain maximum flex. 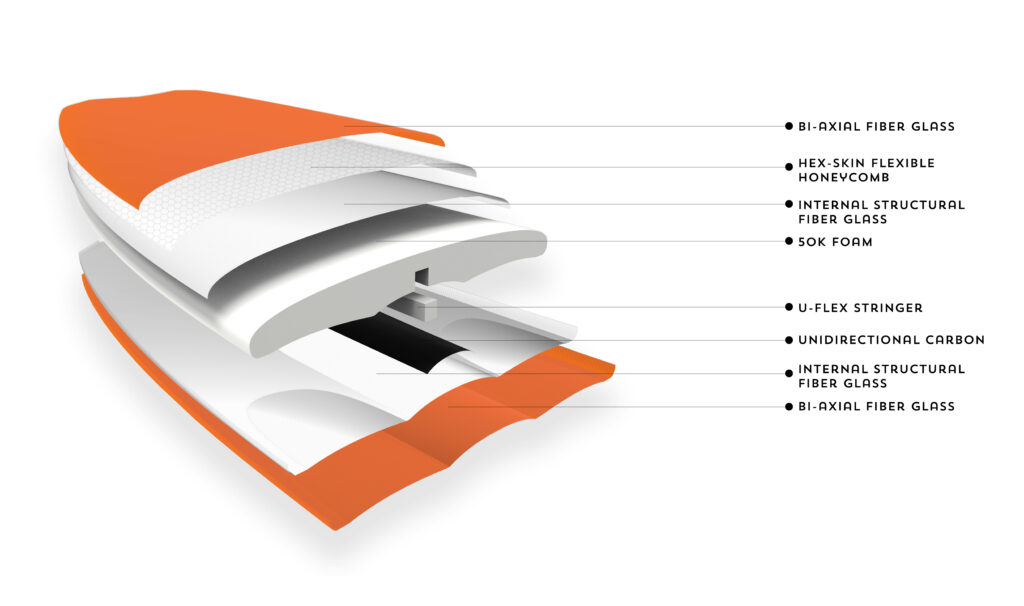 Hex-skin Carbon is similar in composition to the hex-skin Glass boards. But instead of glass we use 100% carbon fibre, there is no glass hidden underneath the top layer of carbon. Using carbon makes the board lighter and it makes it stick to your feet even better. Because the board is so light, it flows over the chops a lot better than you might expect.

To give the carbon boards their unique look the deck is finished with a tinted resin, that can be customised, pick your own color or mix multiple for a truly one of a kind board. 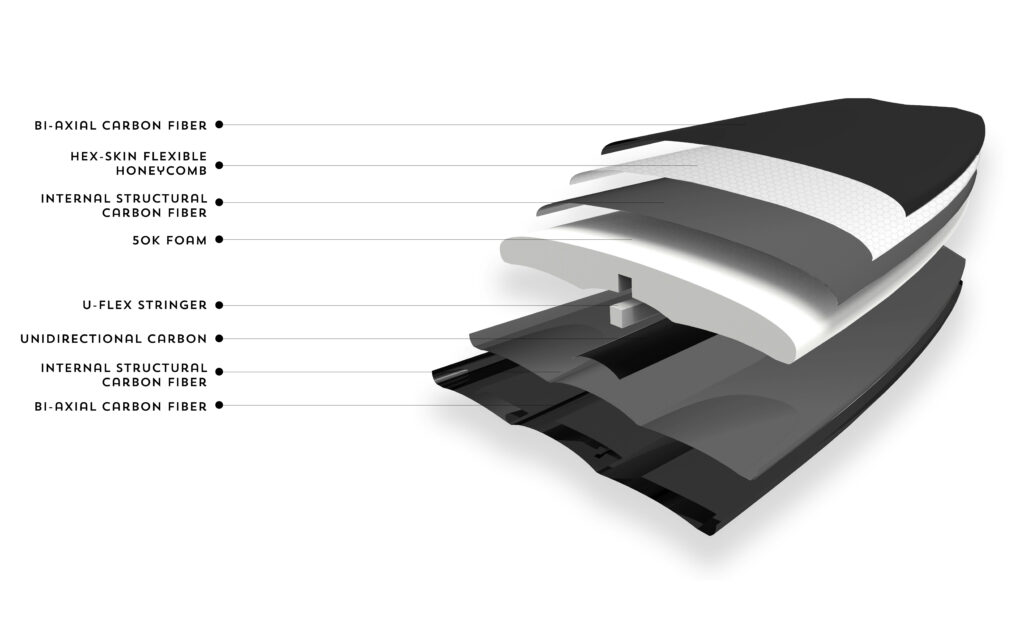 The Klokhouse Noseless comes with the following options by default: